The 10 Best Ways to Kill Ideas

Killing innovation with questions and other nasty stunts 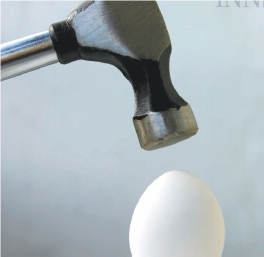 “No army can withstand the strength of an idea whose time has come.” – Victor Hugo

Let’s face it: ideas are disruptive. They get in the way of efficiency and take too much time to develop and communicate. They cost money. And generally, they disrupt the status quo. Ideas also can be threatening if not well understood. Most of us have really good defense mechanisms for maintaining the status quo, so we can kill ideas before they become too obnoxious. In this article, we will recommend some great ways to swat bothersome ideas before they ruin your day.

Perverted Probing (Ninety percent of questions are either alternative ideas or rejections.)

A simple way to save an idea or idea generator: The structured conversation

While some ideas need nurturing, others deserve a quick and painless death. One elementary school principal tells of an elderly janitor who proposed that all kids should take off their shoes and place them in a big box by the door when coming in from the playground. Rather than rejecting the janitor’s idea, the principal conducted a structured conversation to find out what led the janitor to his conclusion. The principal was sure that the shoe box idea was a dud, dead on arrival, and dangerous. He also was sure that he needed the next idea the janitor would come up with. He knew that unless he treated this idea with respect, he’d never see the one about how to fix the leak in the roof with just two dollars’ worth of Silly Putty.

The structured conversation the principal used has four steps: