Questioning the Theory of Disruption 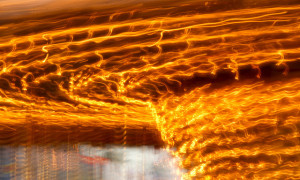 Beware the siren call of basing corporate strategy on any one theory, is the message from the recent challenge to Clay Christensen’s theory of disruption.

So it was in the June 23, 2014 edition of The New Yorker magazine, that Jill Lepore, David Woods Kemper Professor of American History at Harvard University, and also a staff writer at the magazine, challenged the theoretical work of Clay Christensen in an article entitled “The Disruption Machine – What the gospel of innovation gets wrong.”

‘Disruption’ as a term has, as the economist Joshua Gans noted in his Blog entitled The easy target that is the Theory of Disruptive Innovation, “gone from bad to good, from poor TV reception to happening everywhere. … The word ‘disruption’  is used too often which means that Christensen is an easy mark precisely because that mark has become so wide.”  Why is it, she challenges in The New Yorker article, that disruptive innovation has not had its critics as an explanation for how change happens?  And, what if, she posits, Christensen’s theory of disruption can be seen as a retrofit for what Schumpeter theorized in 1942 as “creative destruction”.  As luck would have it, the Harvard Magazine July-August 2014 issue featured an interview with Christensen written by the magazine’s deputy editor, Craig A. Lambert, that included discussion of some new perspectives on his theory of disruption.

The challenge to that theory from Lepore characterizes Christensen’s disruptive innovation theory as “the competitive strategy for an age seized by terror” (Think 9/11). (p.31).  Putting that into historical perspective, Lepore points out that the eighteenth century embraced the idea of progress; the nineteenth century had evolution; the twentieth century had growth and then innovation. “Our era,” she writes, “has disruption, which, despite its futurism, is atavistic.” (p.31). Stating her challenge she writes: “Disruptive innovation as a theory of change is meant to serve both as a chronicle of the past (this has happened) and as a model for the future (it will keep happening).  The strength of a prediction made from a model depends on the quality of the historical evidence and on the reliability of the methods used to gather and interpret it.  Historical analysis proceeds from certain conditions regarding proof.  None of these conditions have been met.” (p. 32).  And, to illustrate that, Lepore critiques Christensen on the basis that he has hand-picked case studies from the disk-drive, excavator, retail and steel industries where, it turns out, disruption did not prove to be predictive of long term success.  As an example of her analysis of the disk-drive industry, she argues that Christensen ignores the disk-drive industry’s actual history citing the disk-drive industry leader, Alan Shugart. Shugart was an early pioneer at IBM, and Seagate Technologies was the last of a series of companies that he founded.  Christensen argues in The Innovator’s Dilemma that by 1987 Seagate Technology was a failed incumbent. “In fact,” writes Lepore, “nothing could be further from current fact.  Seagate Technology was indeed not felled by disruption, and last year shipped its two-billionth disk-drive.  Furthermore, most of the entrant firms celebrated by Christensen as triumphant disrupters no longer exist, their success having been in some cases brief and in others, illusory.” (p. 32-33). Lepore observes that, “Disruptive innovation can reliably be seen only after the fact. History speaks loudly, apparently, only when you can make it say what you want it to say… But unless you believe in disruption, many successes that have been labeled disruptive innovation look like something else, and many failures that are often seen to have resulted from failing to embrace disruptive innovation, look like bad management. ” (p. 34 – 35).

Joshua Gans comments that, “the dilemma for the Theory of Disruption is that Christensen saw his theory as predictive even though its own internal logic says prediction is impossible.”  “That,” he says, “is why he missed the mark on the iPhone.  That is why his case studies can be right unless you wait a little longer in which case they are no longer predictive.  The Innovator’s Dilemma is like Heisenberg’s Uncertainty Principle.  You can’t get around it and Christensen’s failing is that he has sold it as something you can get around.”  Gans’ summation is that, “Lepore only deals with the easy marks in her take down of Christensen and one suspects Christensen and his supporters can easily fend those off. It is the fundamental contradiction in taking a positive theory [i.e. “it will happen”] towards prediction that is where this entire ‘disruption industry’ falls down.”

Where, you may ask, does all this discussion of the theory of disruption leave us who are working towards meeting corporate strategic targets for dollars from new product development?  I would argue that it is always and ever will be about application of basics of balanced approach to new product development strategy. Harvard professors from a previous generation, Steven C. Wheelwright and Kim B. Clark in their 1992 book, Revolutionizing Product Development, identified 4 primary types of strategic development projects: enhancements, hybrids and derivative, next generation or platform, radical breakthroughs, and research and advanced development projects which differ in the degree of change they require in product and process technology. They also identified a fifth type – alliance or partnered – which used to be called “co-development” but is now referred to mostly as “open innovation”.

If a company can do anything but not everything, then what sets up mature companies to succeed?  The answer lies in some of the eternal verities of innovation strategy and tactics: