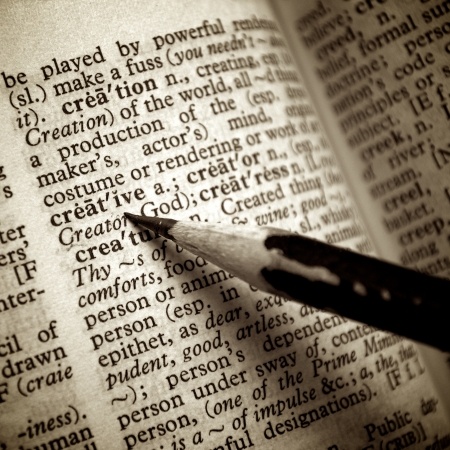 Are you creative? When asked that question as an adult, we make an assumption about what creativity means. Typically, we assume that it means, can we express ourselves artistically or in crafts. And, typically we answer, ‘No’ because of some standard in our heads and a belief that artistic or artisanal ability is what the questioner meant. Yet, we are consistently reminded about the innovation imperative. Insistently, we are told that innovation is shaping all that we should be doing in corporations to thrive in the future, and, that every person’s creativity is the key to that success.

So, are you creative? The work of Marci Segal in her book, Creativity and Personality Type: Understanding and Inspiring the Many Voices of Creativity (Telos Publications, 2001) recognizes 4 creative temperaments – artisan, idealist, rational and guardian: and in this way does indeed help us answer the question of our creativity in the affirmative. We all fall into one dominant and secondary creative temperament.

Additionally, the work of Howard Gardner, in his Frames of Mind: Theory of Multiple Intelligences, helps us to recognize that by acknowledging a range of intelligence modalities, specifically, musical-rhythmic, visual–spatial, verbal–linguistic, logical–mathematical, bodily–kinesthetic, interpersonal, intrapersonal, and naturalistic, and more recently, existential and moral intelligence, we can “feel more engaged and competent and therefore more inclined to serve society in a constructive way.” (This quote is based on an informal talk given on the 350th anniversary of Harvard University on 5 September 1986. Harvard Education Review, Harvard Education Publishing Group, 1987, 57, 187–93.) This means that there are many ways in which we can be smart, creative and innovative.

From another side of the creativity question, Sir Ken Robinson has made it his mission to challenge what he considers are assumptions at the root of our education system.  He wants to help modify the education paradigm we have inherited because he says that it overwhelms creativity with conformity, compliance and standardization.” There are processes that have been around in business since the early 50’s that help educated adults to rediscover and engage their creative capability.

What’s an appropriate course of action to stimulate creativity? Start with an internal belief that we are all smart and creative, and in different ways. Then, know that there are structures, tools and techniques that we can learn and employ to harness our creativity. Ken Robinson makes a useful point that creativity in corporate America could be more usefully understood as the capacity for divergent thinking – the facility to see lots of possible answers to a question – and that it can be done individually, but is best practiced collaboratively. Remember, Einstein said that if an idea isn’t at first absurd, there’s no hope for it. Divergent thinking is integral to the creative problem solving process. It’s getting a lot of ideas out – most of which are absurd. An innovative solution is, prima facie, not the next obvious thing in any context, and so requires more ‘out-of-the-box’ thinking – more ideas.

A recent public example of creative problem solving is the challenge around the task of solving specific problems with the current protective wear used by those who intervene in an Ebola outbreak. One response was undertaken by a diverse group of students and professors at Johns Hopkins University. It was reported that they generated 1500 ideas that resulted in 15 beginning projects to develop a prototype — a 100:1 ratio. In order to get 15 innovative ideas that can move forward, a lot of creatively divergent thinking had to happen. It had to happen in an environment that was ‘safe’ for surfacing absurd or crazy ideas – ideas that initially go way beyond the threshold of acceptability. This had to happen in a climate that was safe for creativity. It had to happen with structures, tools and techniques for effective creative problem solving.

At Innovation Focus, we use an equation to show how innovation incorporates creativity and divergent thinking:

And we train in the creative problem solving process which we call the Focused Innovation Technique (FIT).

So, is there any excuse the next time you are asked, “Are you creative?”, that you will not answer, with confidence, yes!