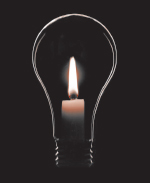 Product and process invention, innovation, and giant step-change improvement are essential to survival

In our last article we wrote about the metamorphosis taking place inside GE as CEO Jeffrey Immelt turns up the heat on growth oriented invention, innovation and improvement that go way beyond the short-term cost-reducing actions that are the bedrock of its recent success. Put another way, Immelt is advising his team to stop simply minding the store and start building some new stores.

It’s a new era at the world’s largest non-retailing corporation. As GE forms the next stratum of its financial terra firma, many employees are finding themselves psychologically and intellectually out of sorts in a company that now values market knowledge and growth from invention and innovation more than management mobility and growth from acquisitions or cost reduction. While many people feel—or may, in fact, be—unfit for what GE wants them to be, we also wrote that it’s a rare individual who can’t, at different points in their career, help invent, innovate, or improve something with which they are familiar. And we also promised to share why Immelt’s call for an invention, innovation, and improvement revolution transcends quick-fix management actions or training.

Having been myopically fixated on the fine print for too long, as GE changes its focus to the bigger picture, it may have to change people too. Ordinarily, GE has eschewed consultants and promoted from within, but when looking for the skills and perspectives it needs compared with the skills and perspectives it has bought or bred, it finds an empty set. This is because GE needs people who are wired to think differently from those it has hired and trained for sameness over the last two decades. In her March 2005 Business Week article titled “The Immelt Revolution,” author Diane Brady writes that “according to one industry consultant, most of the company’s 307,000 workers weren’t exactly hired to be part of a diverse, creative, fleet footed army of visionaries. These guys just aren’t dreamer types.”

So for the first time in forever, GE is stepping up its recruiting and hiring of “outsiders”—and hoping that the corporate engine won’t reject the new parts needed to generate the electricity that will bring new ideas to light. And who knows? They may even begin hiring consultants, too. As GE hires outside its box, statistically savvy cost-cutting warriors could find themselves displaced by new age conquistadors focused on invention and innovation—leaving the old warriors in a brave new world of uncertainty where they are forced to “innovate or die” as they look for new ways to get things done at GE— or look for somewhere else to do what they’ve always done.

Interestingly, while it’s commonly thought that “dreamer types” are best for fostering invention and innovation, GE may want to think twice before hiring too many of them. According to Nicholas G. Carr in his article “Suits to the Rescue” (Strategy+Business—Issue 38), “The greatest breakthroughs are made by those with the broadest perspectives and the deepest knowledge—the ones who not only can see the potential in a new technology or design, but also understand the economics of production and distribution, the dynamics of supply and demand, the motivations of competitors, and the needs and caprices of consumers.” Ironically, one such person was Samuel Insull, GE founder Thomas Edison’s right-hand man—and the person responsible for developing the pricing models and business processes that made Edison’s electricity affordable to everyman.

If past is prologue, then as GE seeks to expand its gene pool with new hires, the company may, in fact, not have to stray too far from home because even “doers” can become “dreamers.” The core problem that GE really faces and must learn to manage is not that it doesn’t have the right people, but rather that the thought processes, actions, and environment required for cost cutting, invention, innovation, and step-change improvement are usually in conflict with one another—so they don’t operate concurrently.

Asking and solving for the near term- focused questions “What can I cut out of the operation this quarter by eliminating non-value-added work or making current resources work harder right now?” takes a different kind of management and staff thought process and perspective than asking a longer-term oriented questions such as “What widget can I invent?” or “How do I make a better widget?” or “How do I make this widget better?” Even the perspective required to ask and address invention-oriented questions is different than those required for innovation or improvement-oriented questions. To ask and answer invention-oriented questions takes a level of curiosity, focus, information, understanding, time, and resources that is an order of magnitude greater than what is needed to improve something that already exists and about which much is known.

To get invention, innovation, and step-change improvement to happen concurrently with culturally ingrained cost reduction, GE will have to set different teams of people—with different performance objectives—to work on each charge. Expecting the same people to do all four at the same time is unrealistic because even for those that have mastered each way of thinking, shifting from one mode to another takes time and a great deal of persistence—and most of us need some time for brain-refreshing sleep. In addition to the time and effort required to redirect thoughts and actions from one type of problem solving to another, science is showing that there is an even more significant problem, and that is that different people are literally wired to think differently.

Stay tuned for the next article, in which we’ll discuss how the way we are wired and the experiences we have affect our contribution to invention, innovation, and improvement.