CREATIVITY IS A PRACTICE, NOT A TALENT 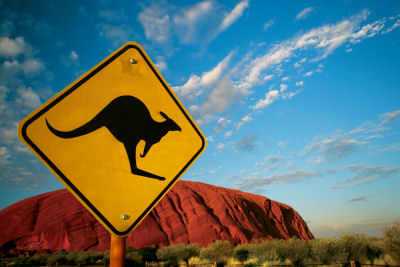 That annoying noise could be your job being sucked into the limitless international vacuum of low-cost supply. If your job is at risk of moving to China or India, it is because you, your company, or your country has decided that it’s easier to be irrelevant than to reinvent themselves. What we might all need in today’s economy is a bit of tough love.

The first non-native Australians—forced settlers and prisoner explorers—made it to Sydney Harbor from Colonial England, and some of them promptly proceeded to starve in a world filled with all sorts of fish, fowl, and land animals. To these settlers, if there was no salt beef, there was no food. Many of us are not much better off in the way we approach our work.

We are losing high-paying jobs in a world desperate for food, clothing and shelter. After all, what is a job? It is a way of trading some of your time to someone who needs what you know how to do, in exchange for something you want, usually money, so you can trade that money for something you need. When your job is at risk, what you lack is a good way to trade what you have— your knowledge, tools, and ability—in the world market. What you need is an idea. And then once you have one, you’ll find that there is always another, and another, and another after that.

Ideas are infinite and free once you’ve learned to practice the art of creativity. More ideas are better. But ideas can only thrive in a climate that accepts them and promotes action along a single uncompromising path. Your company has to believe that if you find you’re surrounded with giant hopping creatures called kangaroos, your life might be well spent writing the Kangaroo Cookbook. This thought can be expressed as an equation:

Quality of thought is made up of the following:

Ideas in large numbers can emerge from these:

Focused action is driven by the following:

The WD-40 Company has been discussed in management texts as an example of a one-product company. Fearing increased competition from store brands, the WD-40 team, led by Arnold Spector, decided to reinvent themselves. They followed this simple process: First, they drew together a diverse, deeply knowledgeable team. Second, they invested in their own training. Third, they observed their customers in their natural habitat. Fourth, they created many ideas and selected just a few on which to focus action.

Look at the results:

Within 18 months there was WD-40 Big Blast, and in less than two years there was the WD-40 No-Mess Pen.

You can do what WD-40 did. Their formula was very simple in process and very hard in fact. You and your company can learn how to do it. But stop! Ask yourself: does your company have the courage to stop repeating today’s sub-optimal approach to helping the customer? And does it have the time and interest to learn and try something new? And if the answer to the previous question is “yes,” have a bite of kangaroo.

By the way, if you are part of Pennsylvania’s manufacturing community and have lost your job or had work hours reduced due to foreign competition or shifts, you could be eligible for Trade Adjustment Assistance benefits including training. Visit www.dli.state.pa.us for more information.